Christmases in the US Virgin Islands are a bit unlike Christmases in, say, Knoxville, Tennessee, where country singer Kenny Chesney hails from. He's apparently relocated to the Caribbean, and recently launched a rum called Blue Chair Bay, bottling up his experiences and all the good times he's had through the years. This year he's recorded a special Christmas song saying hi from his beloved Blue Chair Bay (not an actual place), raising a glass "to all of those up in the snow from all of us down south". Chesney released a great Christmas album in 2003 called All I Want For Christmas Is A Real Good Tan, so maybe this marks the beginning of a new one for a possible 2015 release? Let's hope so, as this new song is absolutely great. It's also very good to use it here today, for the fourth window in my ever so excellent musical Advent calendar. 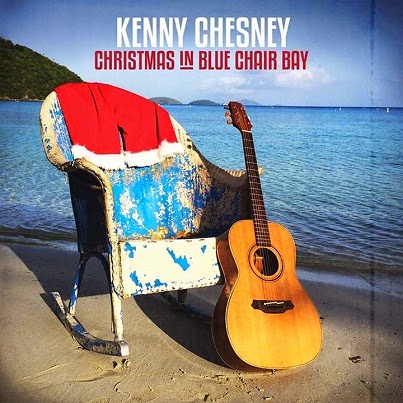