Smith & Burrows - When The Thames Froze

This is by far the best Christmas record since The Pogues' exquisite "Fairytale Of New York" appeared in 1987. Smith & Burrows are Tom Smith, lead singer of The Editors, and Andy Burrows, once the drummer of Razorlight and today a member of We Are Scientists - and also a very talented solo performer. Their Christmas album Funny Looking Angels was released in 2011, and "When The Thames Froze" was its highlight, a metaphorical song about the bad times following the credit crunch of 2008. After only three years it has become a rightful Christmas classic, but like "Fairytale Of New York" it is timeless, and not necessarily a song that's about the holiday season as such. This is songwriting as good as songwriting possibly gets. Merry Christmas, y'all! 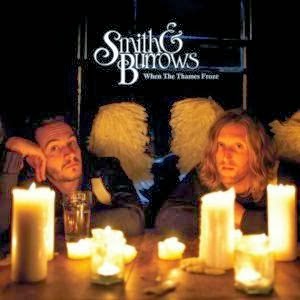