"That Ole Devil Called Love" was of course made famous by Billie Holiday, who was the first to record it, putting it on the B-side of her 1945 single "Lover Man". Written by Allan Roberts and Doris Fisher, it became a hit 40 years later for former Yazoo singer Alison Moyet as a stand-alone single in 1985, released between her first solo album Alf and her second, Raindancing. I don't think she's ever performed as good, before or since. This is a true tour de force performance, as good now as ever before and absolutely mesmerizing. 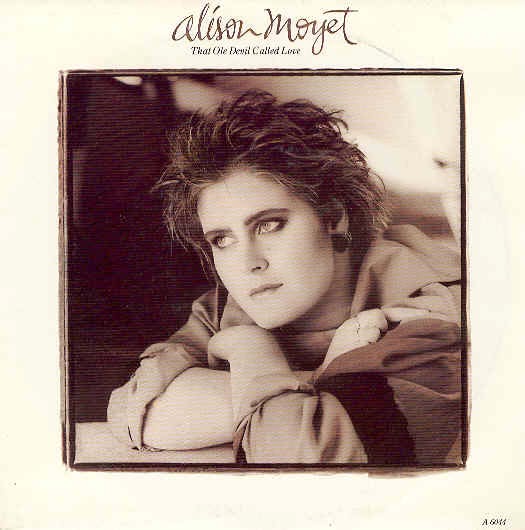