Undoubtedly my favourite Lyle Lovett song, "This Old Porch" may actually be on my all-time Top 10 list. Co-written with Robert Earl Keen Jr, who's recorded it with the title "The Front Porch Song", it appeared on Lovett's eponymous 1986 debut album, and tells the story of small town Texas as seen from a dilapidated porch in a dilapidated town from the point of view of someone who's been staying put far too long. It deals with the transformation of the old west turning into modern day America, which is not necessarily an easy one, much like it's been described in numerous novels by famous Texan authors like Larry McMurtry and Elmer Kelton. It's an absolutely amazing song of which I could quote all seven verses (there is no chorus) and say they're all equally well-written, but for the sake of brevity I'll go with the middle one and leave the rest to anyone who wants to listen: "This old porch is like a weathered, grey-haired seventy years of Texas/Who's doing all he can not to give in to the city/And he always takes the rent late, so long as I run the cattle/And he picks me up at dinner time, and I listen to him rattle". I didn't know there existed a music video for this song, but it does, so here you are! 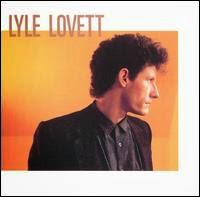