R.I.P. Joe Cocker - With A Little Help From My Friends

And today Joe Cocker died, sadly, only 70 years old. He made his name with a groundbreaking, rearranged version of The Beatles' "With A Little Help From My Friends", a song John Lennon and Paul McCartney wrote for Ringo Starr and was of course featured on their masterpiece Sgt. Pepper's Lonely Hearts Club Band in 1967. Cocker's version appeared the next year and shot to the top of the UK singles charts, gaining him further fame when he performed it at the Woodstock festival in 1969, as evidenced in the clip featured below. A great performance indeed - Joe Cocker will be missed. 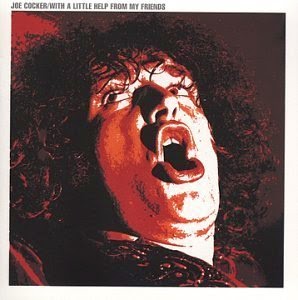