New Order's 1983 12" single was one of the most influential songs of the 80's. A fantastic dance track that at the time of its release didn't sound like anything you'd ever heard. As one fan has written on the YouTube page below - "In 1000 years this song will bring people to the dance floor" - and at least it still does 28 years later. A popular myth concerning the record sleeve is that it was so expensive to produce that the band and record company Factory Records lost money the more it sold. It's probably not completely true but the cut-out sleeve in the style of a floppy disc wasn't cheap either. The music video accompanies an edited version of the song, at four and a half minutes, whereas the original mix goes on for seven and a half. 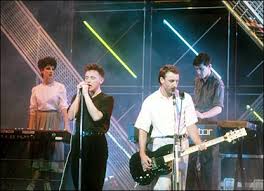