Today marks the 35th anniversary of The Clash' masterpiece London Calling, a double album featuring 19 songs, that I can safely say changed my life and the way I view music as an art form. The Guy Stevens produced album is simply a showcase for what popular music can aspire to when the ambition is at its strongest. The Clash had a record deal with CBS Records that they wanted to get out of and after their first two albums they upped the ante and made a double (London Calling) and next a triple album (Sandinista!), regarding them as seperate records that would eventually help them fulfill the contract. Unfortunately they disbanded before it was completed. But on December 14 1979 they did release what became their masterpiece. The title track opens the record with one of rock music's coolest riffs ever and goes on to describe a new dawn for London, not necessarily a good one. The rest of the album is filled with rockabilly, ska, reggae, pop, lounge jazz and more, and is as diverse as humanly possible while still hanging together as a whole. So below is the video for the single "London Calling" and links to the full album in Spotify and WiMP. Here's to my all time favorite album. Happy birthday and cheers! 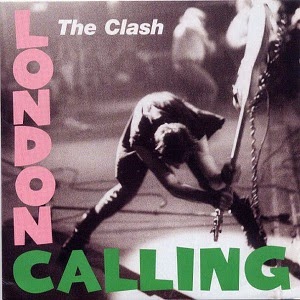