For day 2 of Erik's musical Advent calendar we turn to American country band Alabama and their 1982 classic "Christmas In Dixie", a tribute to the Christmas celebrations in the southern United States. It's sappy, sentimental and very sweet, just like any good Christmas song should be. It first appeared as a double A-side single coupled with "Christmas Is Just A Song For Us This Year"
by Louise Mandrell and R.C. Bannon, then was finally released on Alabama's 1985 album Alabama Christmas. 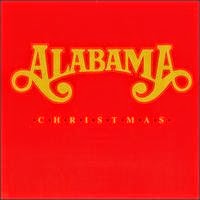