Warren Zevon - Keep Me In Your Heart

Legendary singer/songwriter Warren Zevon died from cancer in 2003, 56 years old, after a lifelong fear of doctors that resulted in him discovering the illness too late. He lived longer than expected after receiving his death sentence, and made an excellent final album called The Wind. "Keep Me In Your Heart" may be the most personal song he ever wrote, in which he's bidding farewell to his loved ones and asking them to "keep me in your heart for awhile". It's a heartbreaking song, with an accompanying music video made up of clips from his final recordings as well as some earlier stuff, home videos and live footage. A tearjerker, but a fine one at that, and a very pretty song. 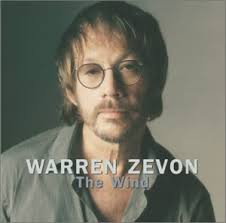