Following the fatal shooting of John Lennon in December 1980, Roxy Music added his classic "Jealous Guy" from his 1971 album Imagine to their set whilst touring in Germany. They subsequently recorded the song and released it as a single in February 1981, and it became the band's only number one single in their native UK. That's a shame considering their many great original songs, but having said that, they did a fantastic version of "Jealous Guy" that certainly deserved the number one spot. 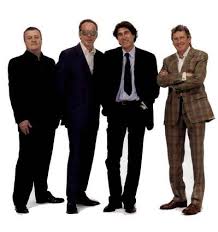