Miley Cyrus - You're Gonna Make Me Lonesome When You Go

This may come as a surprise to some, but teen idol Miley Cyrus's version of Bob Dylan's classic "You're Gonna Make Me Lonesome When You Go" is very good. The occasion is the charity record Chimes Of Freedom: Songs Of Bob Dylan Honoring 50 Years Of Amnesty International to be released this weekend. Both Amnesty International and Bob Dylan's recording career turns 50 this year, thus this monster Dylan tribute album, with 73 Dylan covers by an impressive range of big names including Diane Krall, Sting, Mark Knopfler, Elvis Costello, Adele, Brian Ferry, Sinéad O'Connor, Ke$ha, Maroon 5 and Kris Kristofferson over four CD's. Cyrus's take on the Blood On The Tracks classic is a stripped-down affair with a gentle swaying country arrangement, consistent with the 1975 original. I've heard far worse, and there may actually be a few duds on the album. This is not one of them. 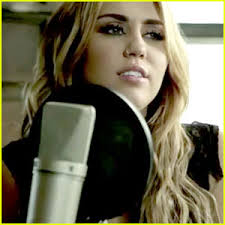 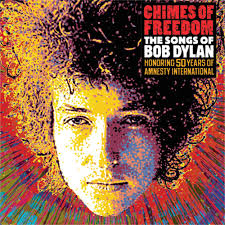