Maya Vik, bassist with Oslo band Montée, released one of the best Norwegian albums last year with her solo debut Château Faux-Coupe, a decidedly Prince-inspired and mercifully short collection of songs. Only eight tracks in just under 40 minutes, that's the way they used to make records. The first single from the album was the excellent "Get Low", the new single is "Oslo Knows", a song that's even better, at least to my ears. While shooting the music video she fell off her horse and hurt her back pretty badly, but she completed the shoot, and now you can see the video in all it's slow motion glory. I'm not sure if the slow motion things works that well to be honest, but the song is still ridiculously good. Follow the link below that takes you to Norwegian newspaper VG where you can watch the video and read and interview with Maya Vik. 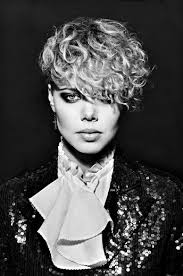