You'd think he was young in 1970 or so, hanging out with Crosby, Stills, Nash & Young, Joni Mitchell, Linda Ronstadt, Jackson Browne and the rest of the Laurel Canyon scene, but no. Jonathan Wilson is a 37 year old American singer/songwriter who made one of the most critically acclaimed albums of 2011, the aptly titled Gentle Spirit. It's the sound of summers long ago, a hippie-era dream, drug-sounding and ethereal, and the song "Desert Raven" shows exactly what I mean. On the album it's eight minutes long, but the six minute single version still does the trick. And by the way, Jonathan Wilson looks the part too. 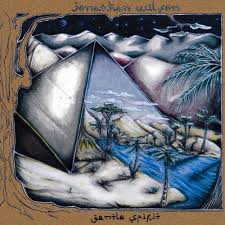