Say what you will about the quality of Norah Jones's many records, but she is not lazy. A frequent contributor to other people's projects and member of "hobby group" The Little Willies who just released their second album, she's returning as a solo performer this spring with the release of her fifth album. It was produced by Danger Mouse (whose real name is Brian Burton) for whom she helped record the exciting Rome album, a film music tribute project he released last year with Italian composer Daniele Luppi, where Jack White also contributed vocals. Her new album is as yet unnamed and has no set release date, but after the disappointing third and fourth albums, Not Too Late (2007) and The Fall (2009), let's hope this one will be a bit better. This year also marks the 10th anniversary of her stunning 2002 debut Come Away With Me. 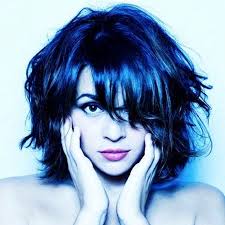