We never really got know what Phil Lynott could have achieved as a solo performer. The Thin Lizzy frontman released two albums on his own before he died in 1986, Solo In Soho (1980) and The Philip Lynott Album (1982). "Old Town" is one of few really good songs on these, a single from the latter. It was co-written by Jimmy Bain of Rainbow and Dio fame, and is a sad and melancholy up-tempo love song, absolutely brilliant. It's been covered successfully by The Corrs, but here's Lynott's faultless original, complete with a music video recorded in his hometown Dublin. 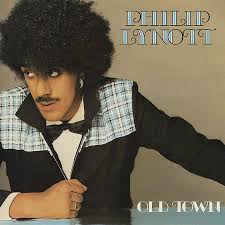