At long last, one of the hardest working men in show business, will release his solo debut. Having been busy with bands such as The Dead Weather and The Raconteurs and the Rome project, the former White Stripe has recorded the album Blunderbuss for an April 23rd release. The first single "Love Interruption" can be streamed online now, and by following the link below you can also read a short interview with White on Billboard.com.. 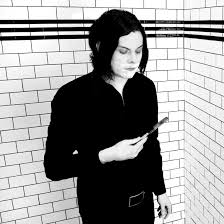