Will Michael Kiwanuka become a superstar? Hard to say, but when his debut album Home Again is released towards the end of March all eyes - and ears - of the music business will be upon him. The 24-year old Londoner born to Ugandan parents has gained an impressive amount of hype based on a few EP's and some serious word of mouth, and it's well deserved. He's simply a hell of a talented songwriter. His music is influenced by folk singers like Nick Drake, Van Morrison, Simon & Garfunkel, Joni Mitchell, Richie Havens and others, as well as soul greats like Bill Withers, Marvin Gaye and Otis Redding. The title track off the album has just been released on an EP, and it's absolutely mindblowingly beautiful. 2012 will be his year, also according to BBC who's pronounced him "The Sound Of 2012", an honour that has previously been bestowed upon, among others, 50 Cent, Keane, Adele and Jessie J since its start in 2003. 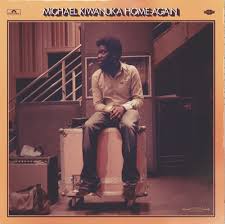