Norwegian band Fra Lippo Lippi is of course most famous for their hit single "Shouldn't Have To Be Like That" from breakthrough album Songs (1985), but they had a history before that. "The Treasure" is a song from their second album Small Mercies, released in 1983, and the first to feature singer Per Øystein Sørensen. It was a transitional album, the link between their first album In Silence, a Joy Division-inspired, gloomy piece of work, and Songs, their pop masterpiece that earned them a recording contract with Virgin Records. Small Mercies was highly melodic, featuring some Eric Satie-inspired piano, thus creating a melancholy and very beautiful album that was far more accessible than its predecessor. "The Treasure" is just one of several excellent songs from that album and it still has that magic of 29 years ago. Stunning! 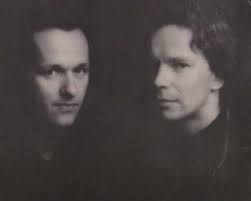