Progressive hip hop band FreeSol could be about to make it big. Working with producers like Timbaland, Cool & Dre and Mike Elizondo on their upcoming second album as well as being signed to Justin Timberlake's label Tennman Records, the future appears pretty bright for the Memphis collective. They recently released the track "Role Model" featuring Justin, and just a month later they've put out the even better and even more catchy "Fascinated", also featuring Justin, as well as Timbaland. No video for this one yet, but at least you can hear the song. Should be a hit. 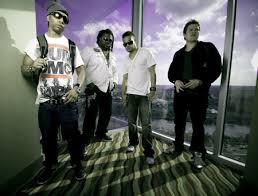