Magazine - The Light Pours Out Of Me

"The Light Pours Out Of Me" is pretty much a defining post-punk track, lifted from Manchester group Magazine's debut album, 1978's Real Life. The band was fronted by ex-Buzzcocks member Howard Devoto and monster guitarist John McGeogh and also featuring future Bad Seeds bassist Barry Adamson. The song is actually co-written by Devoto and Adamson as well as Pete Shelley, Devoto's cohort from Buzzcocks who soldiered on with their old band. By the way, Magazine has just released their fifth album, No Thyself, their first album in 30 years. 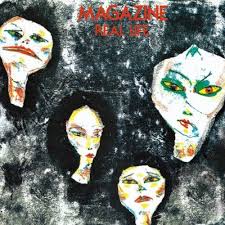