Leonard Cohen's first album of new material in eight years (2004's Dear Heather was his last release) will be titled Old Ideas and released on January 27th. In only a few days time a track from the new album titled "Show Me The Place" is supposed to stream online, and I'll be back with the relevant info when that happens. For now you can go to UK music magazine Uncut's website to see the full track list and read a bit more about the album. 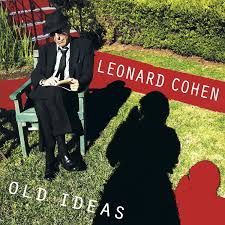