That this song is unavaliable is what I like to call scandalous. Kitchenware Records band The Daintees' second single "Trouble Town" (1984) is a magnificent pop song, released by the legendary Newcastle label along with records by Prefab Sprout, The Kane Gang and Hurrah! The band's debut album Boat To Bolivia (1986) was released under the moniker Martin Stephenson & The Daintees, and the CD re-release features a demo version of "Trouble Town", but not the far superior single version. Go figure. Here it is for anyone to enjoy though. Hope you like it! 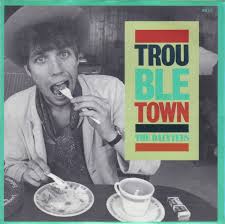