This is simply drug music, but fortunately it's possible to listen to the Velvet Underground classic "I'm Waiting For The Man" without using drugs yourself. The song is about a heroin addict waiting to score, and is of course lifted from the band's classic 1967 debut The Velvet Underground & Nico. To me, this is one of Lou Reed's very best songs, a frantic, desperate piece of big city, urban music, recorded at a time we like to dress in technicolor and flowers, but that is far more accurate and truthful in stark black and white - like this song sounds. 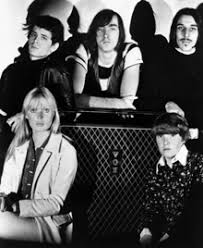