The Civil Wars is a Nashville duo composed of singer/songwriters Joy Williams and John Paul White. Their debut album Barton Hollow was released in March and has sold more than 200.000 copies in the US, which is really pretty good. However, how good that song may be, they've recently gained a bit of attention for their fantastic "Billie Jean" cover. I'm sure Michael Jackson would have been pleased to hear this. It's only one acoustic guitar, two distinct voices perfectly blending together, and the song itself in focus. No production, no effects, no electric power, just an amazing performance. This is from the British TV show Later... with Jools Holland. 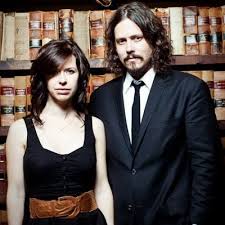