Heavy D And The Boyz - Now That We Found Love

R.I.P. Heavy D a.k.a. Dwight Arrington Myers who died yesterday, 44 years old. He was found conscious on the sidewalk near his Beverly Hills home and rushed to the hospital where he soon was pronounced dead. The police are currently investigating but foul play is not suspected. His version of the Kenneth Gamble and Leon Huff song "Now That We Found Love" initially made famous by The O'Jays was a big hit for him and The Boyz in 1991 featuring guest singer Aaron Hall and appearing on the group's third album, Peaceful Journey. 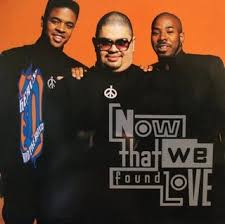