The debut single and still the most well-known song of Edie Brickell & New Bohemians, 1988's "What I Am" is nothing short of fantastic. It's jazzy, poppy, playful sound proved a huge success and the debut album from which it was taken, Shooting Rubberbands At The Stars, peaked at number 4 on the Billboard 200 chart. Brickell is still active, both with and without her backing band, and she's also married to a certain Paul Simon. 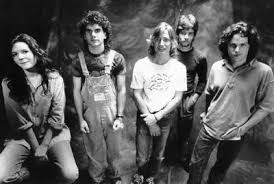