Happy birthday to Booker T. Jones who's 67 today! The multiinstrumentalist, producer and leader of the world's best backing band The MG's, featuring people like Steve Cropper and Donald "Duck" Dunn. Booker T and his boys are living legends, having played on records by Wilson Pickett, Sam & Dave, Otis Redding, Carla Thomas, Johnny Taylor and scores of others as they were the Stax Records house band. They also released instrumental music on their own, and their biggest hit by far is "Green Onions". Nothing wrong with that one, but I really like "Soul Limbo" (1968) too, so that's my birthday greeting to the man. 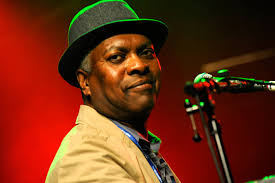