The Alarm - The Stand

In 1983 Welsh rock band The Alarm fronted by Mike Peters released their eponymous debut mini LP featuring "The Stand", a great song inspired by the Stephen King novel of the same name. They followed it up with the single "68 Guns" and proper debut album Declaration, and was at the brink of a superstardom that never really happened. To be fair, they were quite successful for a few years, but still they're basically remembered for the two songs mentioned. Of them, I have to say "The Stand" is my favourite, so here you go. 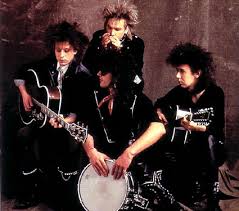