For a serious adrenalin kick look no further. Ministry's "Jesus Built My Hotrod" is fast, loud and frenetic, a great big outburst of supressed energy surfacing from some deep, twisted musical version of Ragnarok. Funnily enough this is Al Jourgenson and co. at their most easily accessible, featuring the Butthole Surfers singer Gibby Haynes on guest vocals. It was released as a single in 1991 and appeared on their 1992 album Psalm 69. Play it extremely loud! 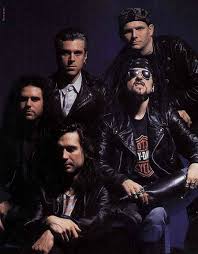