Lou Christie - Beyond The Blue Horizon

Lou Christie is an American singer/songwriter known for his pop hits and impressive three octave vocal range who had a Billboard Hot 100 number 1 hit with "Lightnin' Strikes" in 1965. "Beyond The Blue Horizon" is something different, taken from his 1974 country album of the same name. The title track was a minor hit, a remake of a 1930 hit song from the film Monte Carlo, and Christie's version has been featured in several films, most notably the Dustin Hoffman and Tom Cruise vehicle Rain Man in 1988. Christie sings absolutely wonderful on this track. Hope you like it! 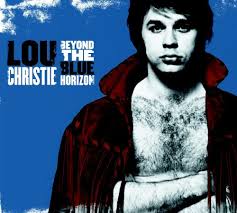