After Off The Wall (1979), Thriller (1982) and Bad (1987), without producer Quincy Jones by his side, Michael Jackson had a hard time following this trio of pop masterpieces. Dangerous, released in 1991, still had a few gems, chief amongst them the first single "Black Or White". Bill Bottrell's awesome guitar riff (not played by Slash as many seem to think) is basically what gets the song going and it pumps through it as if there's no tomorrow, and the rhythm patterns further nails the track, making it one of the best songs among Jackson's later output. It also features a short rap segment performed by L.T.B. that was very much of its time. The video cost I don't know how many million dollars to produce and is amazingly directed by John Landis, who also made the famous "Thriller" video some years earlier. 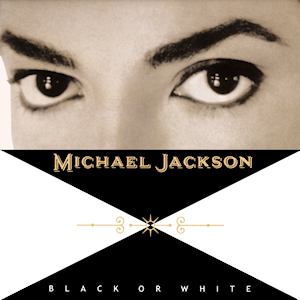