Bob Woodruff - The Year We Tried To Kill The Pain

Happy birthday to Bob Woodruff who turns 53 today! Woodruff is blessed with an ability to write some truly extraordinary songs, but after two records things fell apart for him. His debut album Dreams & Saturday Nights (1994) and Desire Road (1997) are absolute favourites of mine, but a combination of bad luck, bad advice, a sick mother and a nasty heroin habit almost led to destruction and death. Well, he's back. After having released a "lost" record in 2011, he returned with a brand new one two years later, named after one of the best songs he's written, The Year We Tried To Kill The Pain. The album was a mix of old songs in newly recorded versions and newly written songs, and hopefully he's working his way towards another album as we speak. Featured here is the original version of the stunning "The Year We Tried To Kill The Pain" off his debut album. A true favourite of mine and quite the contender for best country rock song of the 1990's. Once more, happy birthday, Bob! 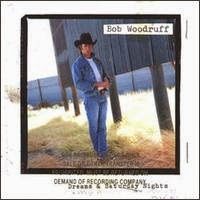