As I've fallen in love with Arcade Fire multi-instrumentalist Will Butler's first solo album Policy, I felt like going back to his band's 2013 album Reflektor and the title track with its fantastic music video. Here's what I wrote upon the time of release:

Art rock as dance music? That's where Arcade Fire go on their brand new single, "Reflektor", the title track of their forthcoming album to be released towards the end of October. Sung both in English and French and produced by James Murphy of LCD Soundsystem, it sounds like... well, a cross between Talking Heads and Laurie Anderson, the early singles of Australian rockers Hunters & Collectors, quite a bit of LCD Soundsystem of course, and, fabulously and surprisingly, a bit like Daft Punk. And of course themselves, but that goes without saying. Also, David Bowie guests, entering the song at close to the five minute mark of a song that's more than seven brilliant minutes long. What is the wonderful reality is that "Reflektor" may be one of this year's very best songs. I'm completely infatuated and in total awe. This is soooooo good, and from a band I've been a bit adament about. No more. I am so looking forward to the album! Also, the video is fantastic, directed by Anton Corbijn. 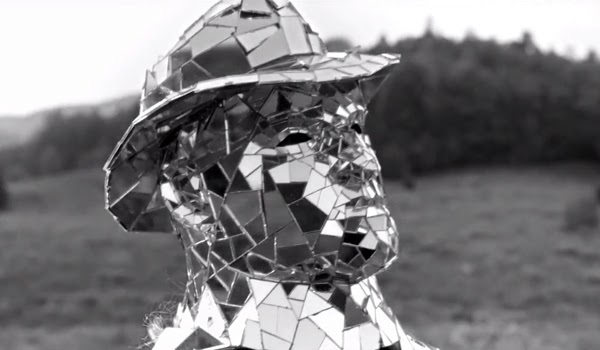