The U2 album Zooropa, released in 1993, was a kind of companion album to their masterful 1991 album Achtung Baby. Nowhere near as good, it did have a few good songs, chief amongst them was "Stay (Faraway, So Close!)". Originally it was written with Frank Sinatra in mind, but never got that far. The full story on the song can be read on Wikipedia, and it's pretty interesting, so I'll leave anyone interested to go there. Me, I'll stick with the actual song and the accompanying music video below which is fantastic, directed by none other than Wim Wenders, and featuring several of the actors from Wings Of Desire. 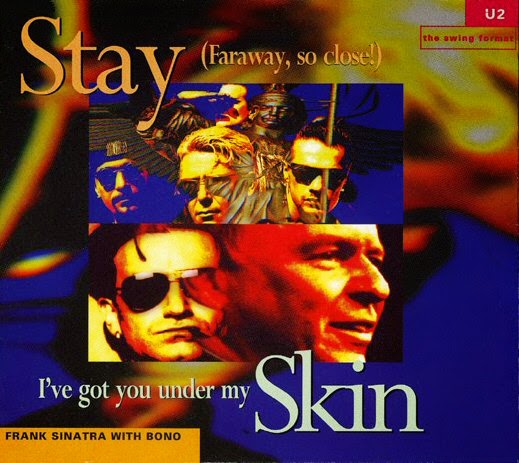