I have to admit, I've never been a huge Frank Zappa fan. That in itself is probably an affront to all the dedicated Zappa fans out there, who are, as a general rule, more or less crazy. But what can you do? I fail to see the true genius here, but I still admire him as the uncompromising musician, songwriter and artist that he was. Without people like Frank Zappa, the world would be a decidedly duller and less interesting place. "Joe's Garage" (the song) is definitely one of his most accessible compositions, the second track on his concept album of the same name, that was released in two batches, act 1 in September 1979, and acts 2 and 3 as a double LP in November of the same year. They were all banded together for the CD reissue in 1987. I'll leave all the trivia of Joe's Garage to its Wikipedia page, but will just say that the six minute track is an adventerous journey into doo wop meets rock territory, with an inventive dose of special effects to liven up the day. Great song! 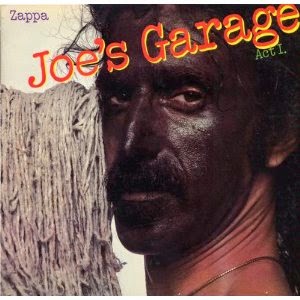