Indie pop darling Ingrid Michaelson recently released her sixth album Lights Out, and althoug having had songs in TV shows like One Tree Hill, Grey's Anatomy and The Vampire Diaries, she's never had a big hit. That is about to change with the advent of current single "Girls Chase Boys", a totally irresistable and quirky pop song that totally came in under my radar a few days ago and has been drilling itself into my subconscious. When I heard it in an HM shop today (yes, I did!), I knew it's about to become a hit, not only for the fact that it was played in such a shop, but more for how good it sounded. If anyone bothers to watch the video - a tribute to Robert Palmer's "Simply Irresistable" - as well, so much the better. This is amazing stuff and a perfect pop song! 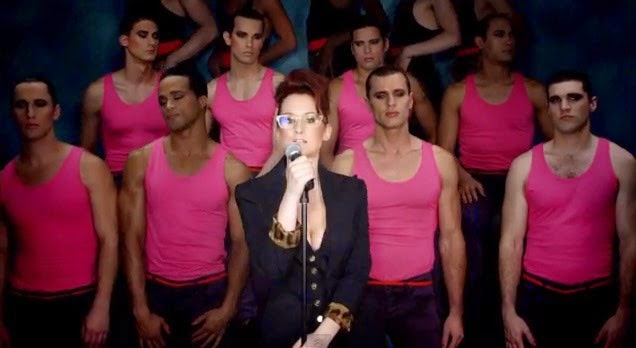