Scottish singer/songwriter Paolo Nutini has so far released two unremarkable but occasionally good albums, These Streets (2006) and Sunny Side Up (2009), but with the month old third album Caustic Love he's seriously upped the ante. It's an exhilarating exercise in old school soul, channeling the works of Otis Redding, Bobby Womack, Percy Sledge, Lee Dorsey, Marvin Gaye and more, resulting in a surprisingly organic and - at least on the surface - heartfelt record. The musicianship throughout is ace, and Nutini's rusty yet sensitive voice sounds like a cross between Joe Cocker and Terence Trent D'Arby. First single "Scream (Funk My Life Up)" is, as the title indicates, one of the funkiest of the bunch, a great party song that lets its hair out and then some. Caustic Love is the fastest-selling album in the UK so far this year, and it's becoming a hit both across Europe, and in Australia and New Zealand. No wonder, this is the good stuff! 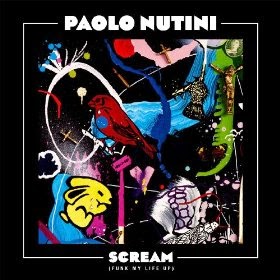