Prefab Sprout - Lions In My Own Garden (Exit Someone)

"Lions In My Own Garden (Exit Someone)" was Prefab Sprout's very first single, released on the local Newcastle indie label Kitchenware in August 1982. I still think it's one of Paddy McAloon's finest songs, a crisp-sounding and oddly charming pop song from which title the first letters spell Limoges, the French city where his former girlfriend was staying at the time. It didn't appear on their thrilling debut album Swoon, but is available on the 1999 compilation 38 Carat Collection. The version below is a live take from 1985 though, sounding great - of course. 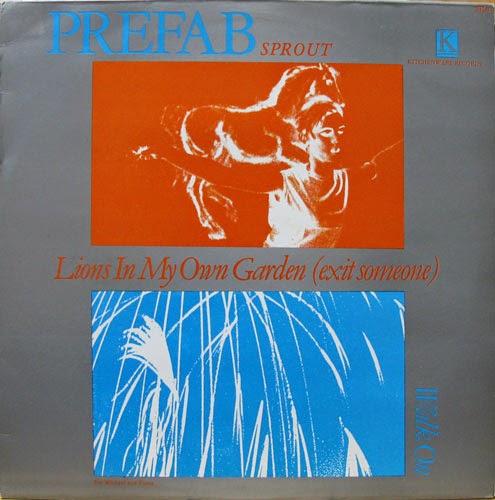