You can safely say it took Robbie Robertson a while to record his first solo album after The Band called it quits. Almost 11 years in fact, from The Band's star-studded farewell concert The Last Waltz in November 1976 until the release of his eponymously titled debut solo album in 1987. But boy, was that some record! Produced by Daniel Lanois featuring clients of his like Peter Gabriel and U2, as well as Maria McKee, BoDeans, Manu Katché, Tony Levin and former The Band colleagues Rick Danko and Garth Hudson. "Fallen Angel" features Peter Gabriel on additional vocals and is a tribute to Robertson's former bandmate Richard Manuel who took his own life in 1986. It's the opening track on the record, and absolutely brilliant. Lanois' majestic musical landscapes is mixed perfectly with Robertson's Native American roots and Gabriel's world music antics, and it all fits together so beautifully it's hard to believe. 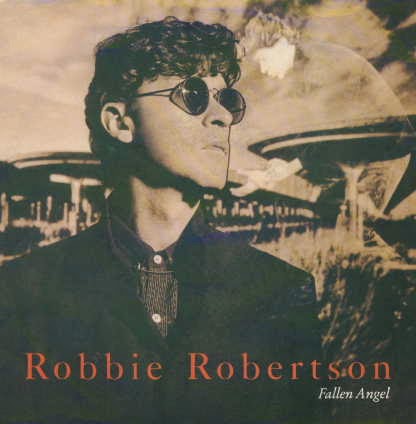