American country singer Dierks Bentley goes from success to success with his listener-friendly pop-infused songs with their downhomey feel, talking about the big things in life - love, life, friendships, death - in little ways. That's evidenced in his recent single "I Hold On" taking its cue from his father's death almost two years ago now, but my favourite track on current album Riser is "Pretty Girls". Mysteriously, three singles have been released from the album so far, and this is not among them. "Pretty Girls" is a total redneck song, but in a good way, talking about the boring life of a small town that lights up when boys and girls meet up, hang around, listen to country music and drink beer: "Me and the boys kickin' back in our shades, watching pretty girls drinking "tall boys", swingin' their hips to a country song." With its laidback groove and sweet melody, it's the perfect country summer song. 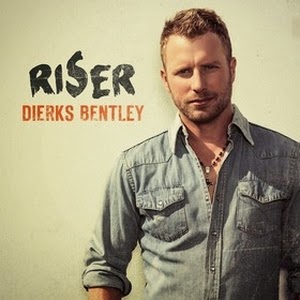