Peter Gabriel - In Your Eyes

Last night I was fortunate enough to see Peter Gabriel on his current Back To Front tour when it hit Norway. This is where he plays his 1986 album So in full with the same musicians that played on it, namely Tony Levin, Manu Katché and David Rhodes, but before doing so they run though a score of hits and sundry album cuts, creating a fantastic evening altogether. Among the many highlights "In Your Eyes" from So really stood out. It's one of the great love songs of our time, immortalized by John Cusack in Cameron Crowe's directorial debut Say Anything... from 1989, when his character stands outside the window of love interest Ione Skye with a ghettoblaster belting it out loud as can be. It's an iconic film moment, and the song is one of several awesome tracks on So, a true classic if there ever was one. Here's an 11 minute live version from 2012 that is unbelievably good, with guest appearences from Turkish (?) saz musician Toir Kuziyev and singer Sevara Nazarkhan. The stuff that dreams are made of... and then some. 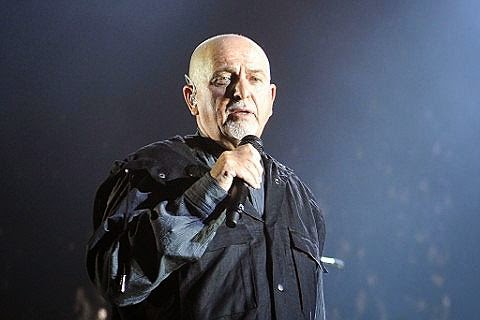