A smash hit more or less upon its release, Ariana Grande's new single "Problem" bears all the hallmarks of a future classic. It's contemporary in every sense of the word, a knock-out pop/dance/rap song that is about to top charts around the world less than two weeks after its initial release. It's the lead single from the American singer's forthcoming second album and features an intermission by Australian rapper Iggy Azalea. Below you'll find the lyric video for the studio version with Azalea, as well as Grande's guest spot on The Ellen DeGeneres Show two days ago which is absolutely stunning. The 20 year old Grande sings, dances and moves like you've never seen in a perfectly choreographed performance, like she was born to it. As a (female) Norwegian radio host said this morning, she is perfect - both beautiful and talented - and nothing about her is fake. Ariana Grande will become a huge star this year, I'm sure. 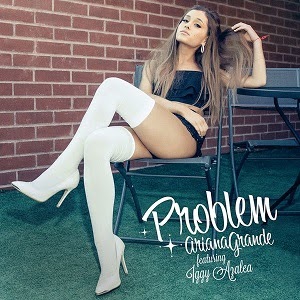