I'm proud to say that Tom Pacheco is a friend, if not a close one, he's still a friend. To be writing songs such as "Angel" tells its own story, about empathy, understanding, forgiveness and love, and also an ability to produce an exquisite piece of art. Tom Pacheco claims this is a true story, and it's a sad one. Angel is a Vietnam veteran not finding his place upon returning to the States, and his life ends after a failed robbery attempt. He's bleeding to death, alone in his car. I will not hold it against anyone who sheds a tear for Angel. The story is heartbreaking, and as Pacheco says in the intro to this performance of the song from last year, American soldiers are still coming home from foreign wars struggling like Angel did. The song was first released on Pacheco's 1995 album Bluefields. 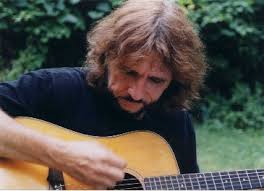