The Beatles - With A Little Help From My Friends

Happy 71st birthday to the one and only Richard Starkey, known to the world as Ringo Starr, drummer in The Beatles, solo act with moderate success but always it seems in a good mood. According to the late comedian Bill Hicks The Beatles "were so high they even let Ringo sing a few tunes", and here's one of them. "With A Little Help From My Friends" is of course the second song on the 1967 masterpiece Sgt. Pepper's Lonely Hearts Club Band, and was written by Lennon/McCartney. 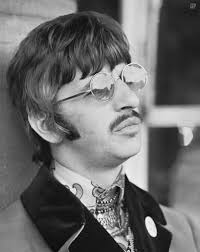