Prefab Sprout's Steve McQueen (1985) is still one of my all-time favourite albums. Fronted by genius songwriter Paddy McAloon the band has released a handful of good to great albums, but Steve McQueen is simply exceptional. Surprisingly at the time of release, the album was produced by synth-pop performer Thomas Dolby, and it's soundscape is one of openness, air and a fleeting sense of eternity. "Bonny", the second song on the record, is a prime example of the beauty lying within the song and framed by this stunningly brilliant production. This is in every way a perfect four minutes of pop music. 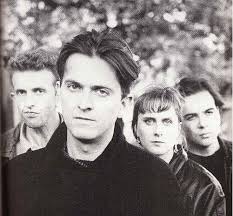