The Commodores' "Easy", written by the group's lead singer Lionel Richie, became a huge hit when it was released in 1977. Faith No More's 1992 version was... mmmm... faithful to the original and also became a hit single, but fared much better in Europe than in the band's native USA. It was initially recorded for a B-side to the Angel Dust sessions, and released as a double A-side on their "Be Aggressive" single in Europe and on an EP in the States some months later. Never mind these technicalities though, listen to the song instead. It's a great version of a really beautiful song. 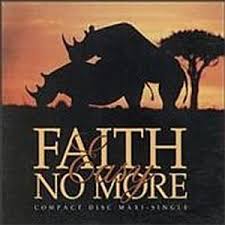