The Beach Boys - Wouldn't It Be Nice

It's only a hell of a song that could be the opening track for The Beach Boys' 1966 masterpiece Pet Sounds, and "Wouldn't It Be Nice" is a hell of a song. The intricate pop melody infused with symphonic elements is typical of the album and Brian Wilson's work at that point in time, having abandoned the simplistic nature of his band's earlier efforts and replaced them with an ambition that hadn't seen the like in pop music. Wilson's pioneering studio work is not to be underestimated. It has been an enormous influence on pop music, both at the time (it shot things forward, just ask The Beatles) and also in retrospect. "Wouldn't It Be Nice" is just the tip of the iceberg. 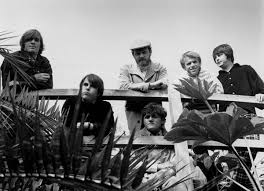 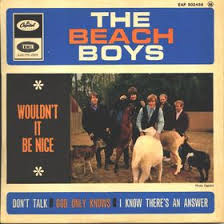