This is such a good video - and song, of course. Paul McCartney's 1980 single "Coming Up" was the first song on his second solo album McCartney II where he plays all the instruments himself and shares harmony vocals with wife Linda. In the video McCartney plays ten roles as different band members, and Linda plays two, in what is an early example of electronic trickery. It's great fun, and the song itself is a quirky masterpiece off an album that's really quite good. Check out the remastered version that has just been released. 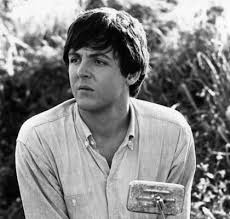