Buggles - Living In The Plastic Age

Happy 62nd birthday to the British producer, songwriter, musician etc. Trevor Horn. He's currently playing with Yes that just released a brilliant new album, and he was also in Yes when they had a monster hit with "Owner Of A Lonely Heart" in 1983. Horn has also produced and worked with acts like ABC, Seal, Frankie Goes To Hollywood, Art Of Noise, Propaganda, Paul McCartney, Tom Jones, Grace Jones, Cher, Tina Turner, Pet Shop Boys, Simple Minds, Mike Oldfield and scores of others. Buggles on the other hand, was his own group that was him and partner in crime Geoff Downes, also in Yes at the moment. "Living In The Plastic Age" was their second single, following "Video Killed The Radio Star", and one of the first singles to be released in the 80's actually. It also happens to be an absolutely stunning pop song! 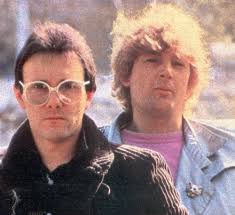 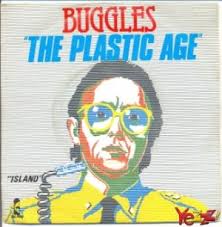