In an interview with Music Week Elton John talks about his forthcoming album to be released sometime next year. He will reunite with producer T-Bone Burnett (who helmed The Union, the collaborative record by Leon Russell and Elton John) in January 2012 to start work on a new album. Elton's lyricist Bernie Taupin is currently writing lyrics for him to set music to. He might also do one more album with Russell, he says. In the interview Elton also talks of his newly established record company and more. Read the interview in full here. 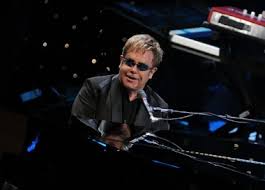